Dr. Martin Luther King Jr’s legacy continues to reverberate through American life—even more so in the past few years. His life and work carry implications for our personal, social, and political lives. But we shouldn’t neglect the lessons King’s work can teach us in our occupations, especially those of us who are entrepreneurs.

To this end, we identified five important entrepreneurship insights from the life of Martin Luther King.

#1. Entrepreneurship is Bigger Than Business.

Dr. Martin Luther King Jr. never owned a business, but he was one of America’s greatest entrepreneurs.

As an entrepreneur, King witnessed a society around him that did not look like the world he dreamed about. His vision was bold and counterintuitive to many around him.

Yet, he built a following that rivaled any politician and became a catalyst for major legislative and social change.

At CO.STARTERS, we know that entrepreneurship is larger than mere profit or payroll. To be an entrepreneur is to have the courage to start—to say to one’s community: “This is not the way it should be, or could be. We can do better.”

To be an entrepreneur is to have the courage to start—to say to one’s community: “This is not the way it should be, or could be. We can do better.”

In Simon Sinek’s famous talk, “How Great Leaders Inspire Action,” he asks why so many movements, businesses, and campaigns fail—and only a handful succeed.

The reason, Sinek explains, is that too few leaders communicate their “why” before their “what.”

“[Martin Luther King] didn’t go around telling people what needed to change in America; he went around and told them what he believed…how many people showed up for him? Zero. They showed up for themselves. It was what they believed about America that got them to travel on a bus for eight hours to stand in the sun in Washington in the middle of August to hear him speak.”

Sit-ins, boycotts, and civil disobedience are not easy; many Civil Rights activists were assailed or arrested, defying our traditional models of rational, self-interested human behavior.

King gained such a following by connecting with his followers’ why before he told them his what and how. That was his entrepreneurial genius.

We’re all too familiar with leaders—whether in business, politics, or everyday life—who don’t practice what they preach.

But the greatest and most effective leaders, like Martin Luther King, are willing to march in front of the crowd—especially if the costs are high. For King, that meant spending time in a Birmingham jail cell and enduring threats on the lives of his family.

Entrepreneurs must ask: do we require sacrifices of our employees, followers, or customers that we would not make ourselves?

True trailblazers are those who keep sight of the destination while braving the obstacles along the way, and embrace the accompanying risk.

It may come as a surprise, but Martin Luther King was quite unpopular in his time. In fact, he had a 75 percent disapproval rating at the time of his assassination in 1968.

Many of the fronts on which King was an activist, however, were important ones. Workers’ rights, African-American rights, and brutalities abroad are all issues the American public has now acknowledged King to be correct about.

Entrepreneurs have to be leaders, and leaders must make decisions without knowing what the future holds or what their legacy will be. They must rely on their moral beliefs and instincts to make important decisions, not the shifting winds of opinion and popularity.

The Civil Rights Movement was an uphill battle, and Martin Luther King never shied away from the fact—not even to the people following him.

“Every step toward the goal of justice requires sacrifice, suffering, and struggle; the tireless exertions and passionate concern of dedicated individuals,” King reminded his audience in his “The Future of Integration” speech.

Most entrepreneurs are not facing stakes as high as the reversal of racial segregation in America. In fact, “tireless exertion” is probably not a great item to include in your employees’ job descriptions!

However, it’s still important to be honest as a leader with the people under your care.

No one wants to feel duped by the people in charge, or feel like they didn’t really know what they signed up for.

Martin Luther King’s legacy as a great American entrepreneur should not be forgotten. Not only was King concerned with civil liberties for the poor and oppressed, but he was also a brilliant leader who prevailed against incredible odds.

We can all take notes from this giant of American leadership. 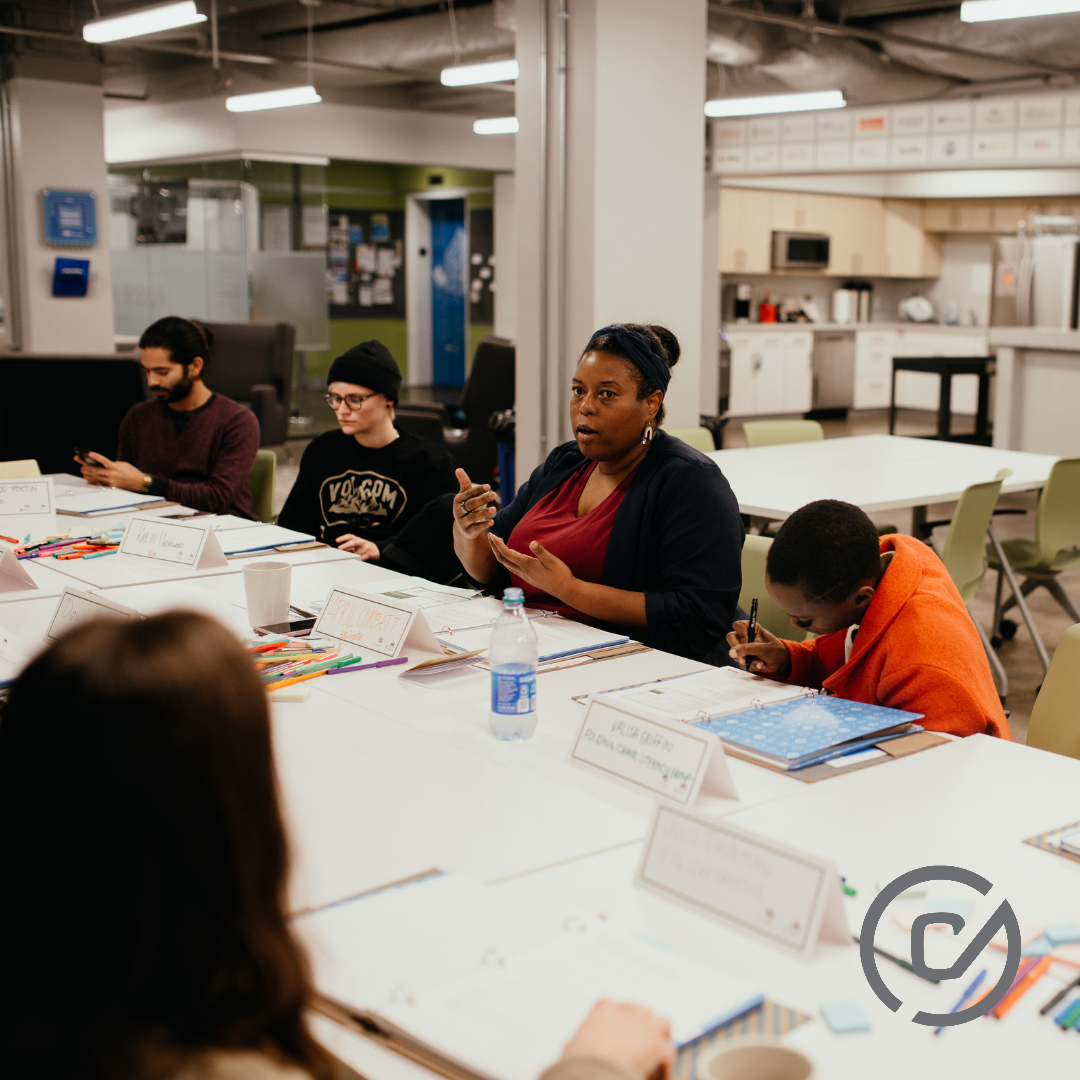 Will CO.STARTERS Ever Be An Online Course?

To transform communities, you need a community-first approach. 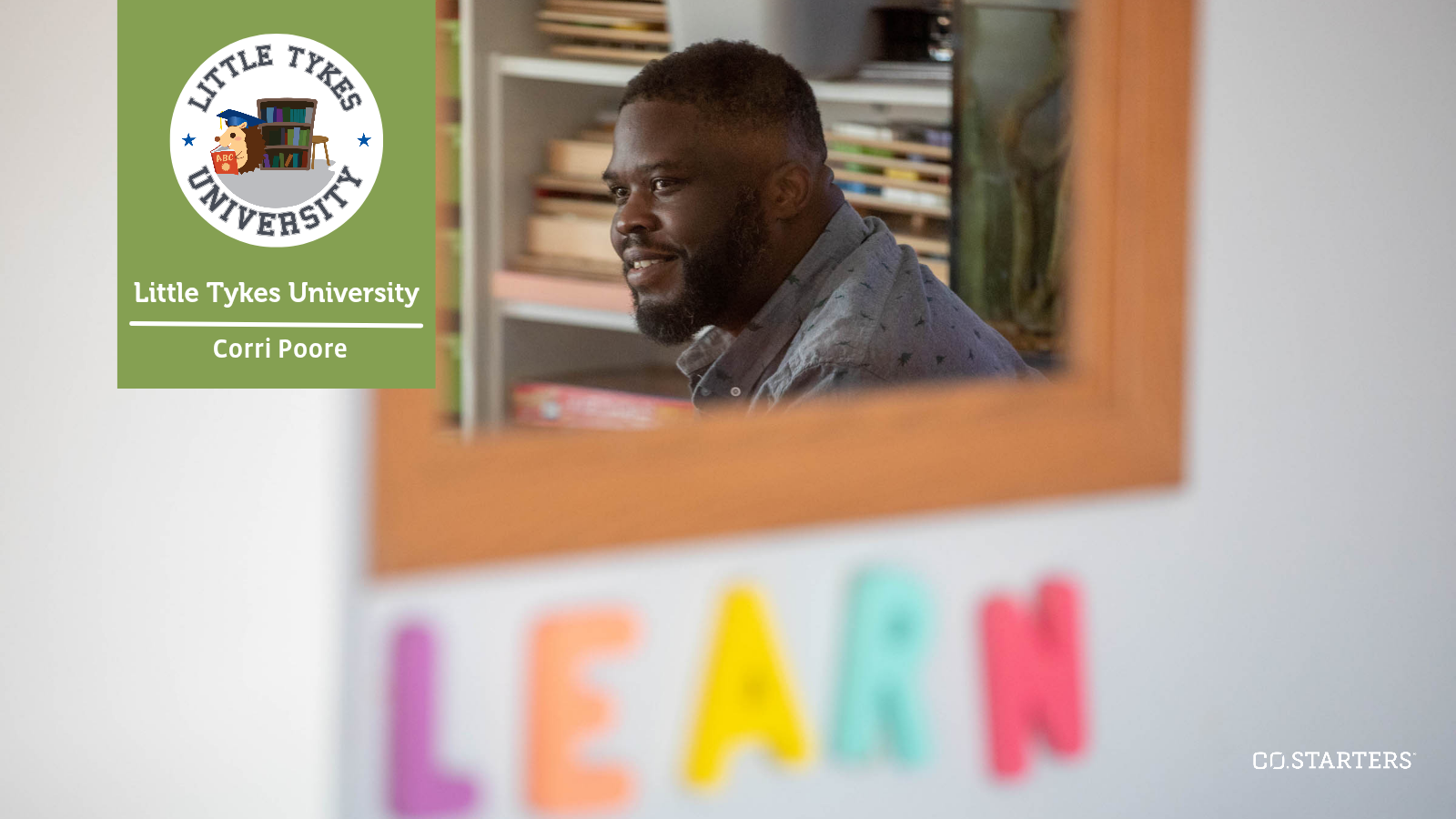 “CO.STARTERS taught me that you have to communicate the benefits and advantages of your business to your customer, not just the product or service itself.”