Andy Stoll is a Senior Program Officer at the Ewing Marion Kauffman Foundation, where he is responsible for the implementation and management of the foundation’s ecosystem development strategy.

WANT TO HEAR MORE? JOIN US.

This post is the third in a series of interviews with individuals who are leading the charge into the new economy. If you missed our previous features, read our interview with Brittany Sickler or our conversation with Ilana Preuss.

Hey, Andy! Let’s start with your story. How did you get into the field of entrepreneurship support?

To be honest, it was by accident. When I was in college at the University of Iowa, some friends and I were really excited about all of the creative people we knew in Iowa City, and we wanted to help them turn their ideas into reality. So I ended up starting an organization called the James Gang to do just that. It was only later on that I learned that I had started a social entrepreneurship incubator!

My friends and I quickly discovered that we didn’t know a ton about how to help the creatives in the community—mainly because we were only 21 years old. But we learned that if we introduced creative people to each other and to leaders in the community, we could accelerate ideas. The community itself became the accelerator. That was my introduction to the idea of entrepreneurial ecosystem building. I have been working ever since around the question:  “How do you create the conditions and community that allow entrepreneurs and creatives to thrive?”

That’s incredible! How did that journey bring you to the Kauffman Foundation?

I was playing around with these ideas about ecosystem building and entrepreneurship support for a long time—even though those terms didn’t exist yet. I did work in Iowa for about ten  years along those lines -- helping start programs including NewBoCo, Vault Coworking, 1 Million Cups ICR and The Startup Champions Network and eventually crossed paths with the Kauffman Foundation. The folks there believed that the work we were doing—at the intersection of entrepreneurship support and community development—was key to the future of economic development in the United States.

That was a completely bizarre thing for me to hear, because I never thought of myself as an economic developer. I was just trying to make communities awesome by enabling entrepreneurs and creatives! But ultimately, that conversation led to a job offer. I’ve been working at Kauffman for five years now trying to accelerate ecosystem building and entrepreneurship support as mainstream approaches in communities across the US.

I’ve always thought that foundations have a unique perspective, because they can see what’s happening across different organizations and industries. From that vantage point, what trends or themes are you seeing right now?

Ten years ago, when I was working in Iowa, supporting entrepreneurs was a very niche industry. But in the last decade, it’s become a primary focus for lots of communities. With that shift, I don’t find myself making the case for entrepreneurship support as much as, I end up talking a lot about how to actually get stuff done. I’d say that lots of community leaders are sold on the idea that entrepreneurs are valuable to communities and need support, but they struggle to establish concrete practices and approaches for delivering that support.

That’s a huge benefit of programs like CO.STARTERS, by the way. Ten years ago, most people  were just making stuff up—I often call them “custom and bespoke” ways to build these entrepreneurial ecosystems. And lots of communities are still doing that when it comes to helping entrepreneurs succeed. But there are now proven ideas and approaches that we can learn from and build upon.

I’ve been really impressed with CO.STARTERS programs because they’re designed to be understood by people new to this world of ecosystem building. Not every economic developer or community leader have the time  to learn the jargon and decipher sometimes esoteric sounding ideas. But they do want to know what actions they can take to directly help entrepreneurs. CO.STARTERS is really good at quietly introducing the important elements of ecosystem building in a way that’s really user friendly to both the community leader and the entrepreneur. Oftentimes, the first barrier to entrepreneurship that creative people face is a language barrier—CO.STARTERS is a best-in-class approach for addressing that.

In recent years, we’ve noticed a change in the language Kauffman uses to describe who it seeks to support through its entrepreneurship strategy. It seems to include people who wouldn’t necessarily self-identify with the term “entrepreneur,” and is much more inclusive of a wide range of people. Why the change?‍

Foundations evolve their strategies all the time, but you’re right about this shift -- I think it mirrors the expanded definition of entrepreneurship we are seeing in lots of communities. For over a decade, Kauffman was primarily focused on high-growth, technology-driven entrepreneurship. But we’ve widened the aperture in recent years, since entrepreneurship is not just an economic development tool for job creation, but also a tool of inclusive economic development. We really need to create pathways for people of all backgrounds to participate in an economy that welcomes entrepreneurs of all types—especially those who have historically been excluded from the conversation.

This new economy on the horizon doesn’t require brick and mortar infrastructure as the starting point to a successful business. We’re beginning to see how entrepreneurship can be democratized—anyone can start a venture from a laptop in their basement. No longer is it solely corporations that have access to global resources; the internet has brought that access to the individual level. So we need to make sure that all kinds of people, businesses at all stages, and all kinds of businesses have access to the support needed to build on that access. A vibrant community is full of every imaginable type of entrepreneur -- tech businesses, family restaurants, musicians, Etsy sellers, street vendors and more.

"The communities who thrive in this new era are going to be the ones that can help all people make new ideas happen."
‍
- Andy Stoll, Senior Program Officer at the Kauffman Foundation

That’s a great answer! So, lots of communities might say, “We get it. We want to be inclusive and support entrepreneurs. But where do we start? What should we do?” What’s your answer to those communities?

Entrepreneurs exist everywhere. And things that support a thriving entrepreneurial ecosystem exist in every place—incubators, mentors, investors, etc. The first challenge is finding both of those, and then you have to start connecting the dots.

Communities often experience paralysis at the beginning. They ask, “Where do I start? Should I start an incubator? A nonprofit to promote inclusion? A grant?” The search for a starting point can be overwhelming.

I started my journey with a cup of coffee—lots of cups of coffee, in fact— with entrepreneurs, hearing their stories and what they needed help with. So that’s what I encourage folks to do. Have coffee with one entrepreneur in your community every week for a year. And when you do, ask two questions: What is your story? How can I help? If you can help, that’s great. But also, keep track of the answers you’re hearing. Notice the patterns. Entrepreneurs are always going to be the best source of information on what your community can do to better support entrepreneurs. They may need help getting bank loans, or finding office space, or a mentor or investor. But they’ll point you in the general direction of what your communities needs to focus on

It’s also important to remember that no one individual can build an entrepreneurial ecosystem—nor can one organization. You’ve got to find the other folks in your community who are also passionate about creating a more supportive environment for entrepreneurs in your community —and take them out to coffee as well; find ways to work together.

I can tell you’re an ideas guy. How do you find the other idea people—the early stage entrepreneurs? Some people don’t know 52 active entrepreneurs in the community!

It’s more challenging than you would think, because most entrepreneurs do not identify with that label. They think of themselves as trying to make something happen.

Tom Chapman is a friend of mine who does ecosystem building work in Omaha. His first meetings with entrepreneurs were over milk and cookies! Five people came to the first meetup. Seven showed up to the second. And then ten came the third time. I love that story because he started with what he had; the venue and a couple trays of store bought cookies. The food didn’t really matter, it was that designated time and space for people to talk to each other that kept the entrepreneurs coming back.

There’s lots of talk in the current environment about supporting entrepreneurs. Can you speak to why that’s important right now more than ever?

The pandemic showed us in many ways how essential entrepreneurship and small businesses are to our community. The disruption we saw in our restaurants, service businesses, event spaces, and locally owned stores was unbelievable. We take so much for granted about the way small businesses shape the landscape of our communities. But their success isn’t guaranteed. As we saw, they can face extinction in a matter of months if the supports are not put in place. So yes, entrepreneurs are essential, and the pandemic has shown us the extent of support they need to flourish, succeed, and continue to make our communities who they are.

‍What does that support look like right now? Many communities think that they already support entrepreneurs.

That’s true—a lot of times when I visit communities, they’ll say that they already have an SBDC, a grant program, a Chamber. But I guarantee that a majority of entrepreneurs in most communities don’t know that those programs exist. And an even higher percentage of new entrepreneurs don’t know they exist—or think those resources aren’t for them.

There’s a blindspot that many ecosystem builders and economic developers have—when you can see the whole system, you forget that an ecosystem is invisible to anyone who isn’t in it. Since it’s primarily a network of people, it’s invisible until you know where it is. So you need clear, visible on-ramps to the network of resources in your community. Many entrepreneurs don’t know where the on-ramps are—many don’t even know other entrepreneurs!

As I said earlier, the network economy allows entrepreneurs on laptops in their basements to reach audiences beyond the walls of your community. If they succeed, it will not just benefit them and their families—it will benefit your community in many ways. The communities who thrive in this new era are going to be the ones that can help all people make new ideas happen. 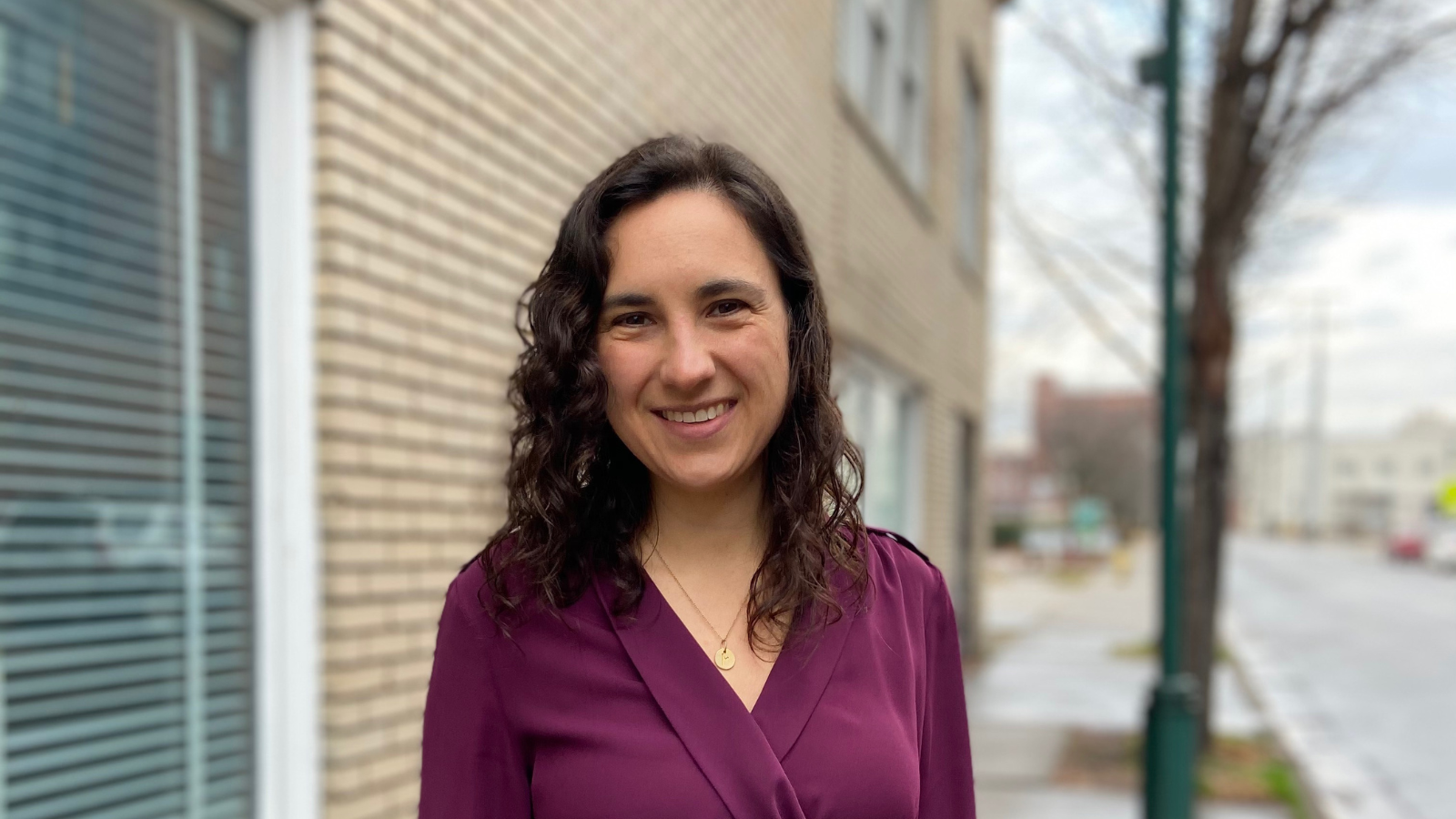 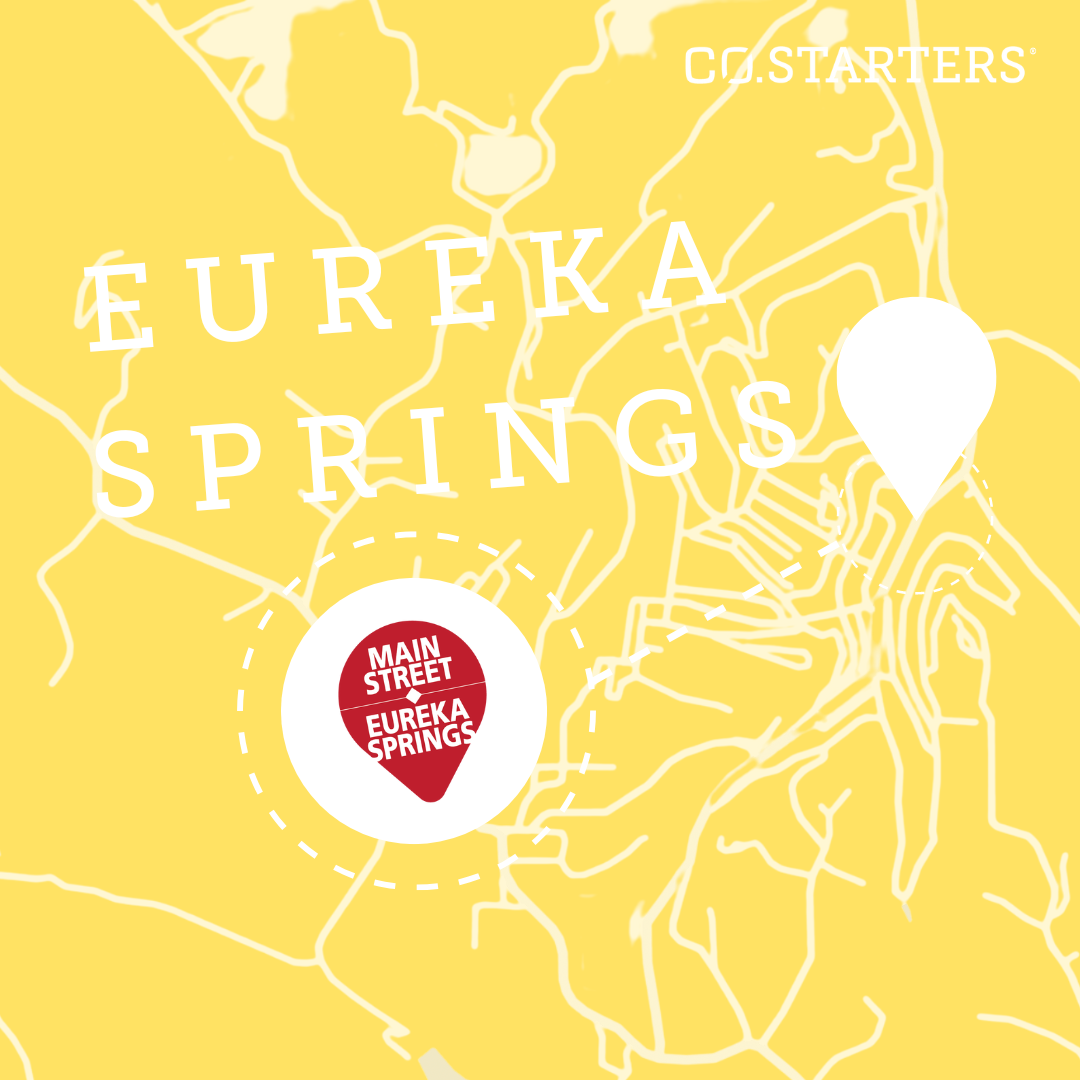